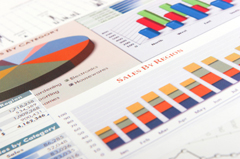 Case Study: The Controller’s resignation leads to the discovery of financial misstatements. Then, profit-enhancing actions.

When the Controller of a $11 million fabricator resigned, the Company’s lender referred Sutker Moran to ownership/management. Once hired as the Company’s CFO/Controller, Sutker performed a high-level review of the financial statements where they recognized liquidity was very tight, profitability was minimal, and inventory continued to rise.

Sutker began its onboarding process of reconciling every balance sheet account. During this process, Sutker identified a significant overstatement in inventory. The restated financial statements revealed the Company was losing money.

Sutker and management conducted a thorough analysis of the business resulting in $600,000 of profit enhancements that included position eliminations, insurance cost reductions, and reductions in discretionary expenses. Sutker further helped enhance liquidity by facilitating the restructuring of the Company’s bank term loan, saving $50 thousand per month.

Case Study: Mapping Out the Solution allows for a Triumphant Return

COVID-19 and the resulting capacity restrictions brought a successful restaurant group to its knees. Ownership as well as the group’s lender questioned its viability.

Working with ownership/management, Sutker Moran developed financial projections for each restaurant, modeled to easily evaluate various scenarios given the uncertainty of the situation. Sutker, then, analyzed various components of the operation which was used by management to identify cost reductions. After incorporating these reduced costs into the projections, Sutker modeled the payment deferrals it needed from its lender and landlords in order to survive. Armed with a plan, Sutker was able to negotiate and agree upon a deferred payment plan from its lender as well as its landlords. These deferrals allowed the restaurant group to survive until obtaining government relief and the eventual lifting of capacity restrictions.

Case Study: The Bank and The Company Working Together to Solve a Problem

A historically profitable $100+ million provider of temperature-sensitive transportation services lost a major customer. Coupled with the downturn of the oil and gas fracking industry, the Company had severe liquidity issues.

Through various financial analysis and working with the management team, $6.1 million in profit improvements were identified and implemented. Through negotiations with each secured lender, the annual principal and interest payments were reduced by $5.3 million or $442 thousand per month. The Combination of profit-enhancements and principal re-amortization provided sufficient liquidity and resulting profitability.

The two largest customers, representing 86% of revenue, dictated the pricing of a $30 million Specialty Cheese Packaging business. One of these customers also supplied 71% of the raw cheese purchased used in production. These dominant “partners” were putting a stranglehold on the business resulting in lackluster performance and drained liquidity.

The first step was to improve operations – implementing various manufacturing efficiencies, reducing production capacity, and eliminating non-essential personnel. Next, it was time to convince ownership to push back on the major customers, one of which was supplying a majority of the raw cheese. Either our “partners” would allow us to make money or would lose a good supplier and, in one instance, also a good customer. The Company entered into a tolling arrangement with the largest customer and negotiated price increases with the second largest customer. These steps would dramatically increase margins and eliminate a significant amount of cash required to pay for product. Through these restructuring actions, the Company’s’ operating deficit was reversed the following year.

Case Study: Analyzing the Facts and Making a Decision

A middle-market marketing organization began to service an overseas client and wanted to build an organizational presence there. Sutker, as the Company's CFO, gathered and analyzed the start-up and ongoing costs required to support this endeavor. Based upon an expected gross margin percentage, Sutker provided management with the revenue requirements in order to break-even, expected payback period,  as well as projected profitability at various revenue levels, all of which management used to make its decision.

A growing, but under-capitalized designer/distributor of women apparel hired Sutker Advisors to take responsibility for the financial end of its business. Sutker Moran reduced the Company’s financial department cost by 60% while taking on the CFO role through the accounts payable functions. Through collaboration with other members of the management team, the Company is poised to have its best year ever.

One of the two owners of a Company that was in the very mature age of its business cycle but cash flowing began to invest in a start-up business in a potentially burgeoning market. After several years of consistent losses and several million dollars invested, both owners questioned the viability of the business model. Sutker Moran helped construct a working senior management team and “locked arms” with them to make significant restructuring moves. These moves included eliminating a low profit, resource-draining royalty relationship, non-productive sales representatives, as well as identifying and converting excess inventory into cash. Even though Sutker played a small role in Company’s future success, we are proud to say we helped the management team build the foundation to allow it to have doubled in size and consistently generate millions of dollars in annual profits.

A $12 million injection molding company was minimally profitable mainly due to the inability to pass through significant material price increases.

Through a zero-base exercise, eight unnecessary positions were identified and eliminated for a net annual savings of $450,000. We also conducted a lengthy activity-based cost analysis and discovered opportunities for $750,000 in annual price increases. A minimum order requirement was established for non-major customers, eliminating unprofitable short production runs. In addition, activity-based set-up charges were instituted to encourage major customers to order in larger lots.

Through extensive interviews of all levels of management, we helped to assemble a less complacent, more cohesive hands-on management team. We then guided the new team to take action – consolidating departments, eliminating shifts, and discontinuing unprofitable product lines.

Case Study: Too Many Products Cause Sizeable Loss

A third generation, family-owned $12 million framed picture manufacturer was losing money. For many years, these losses were buried within the overvaluation of obsolete inventory. Burdened with a large overhead structure, the company sold “all things to all people.” The excessive product lines and sizeable customer base created inefficiencies within the plant and confusion within the marketplace.

We analyzed each category within each product line, and each product within each category, and recommended a 40% reduction in SKUs. Selective price increases were implemented for the remaining products. In addition, we scrutinized each non-direct labor position, resulting in over $400,000 of savings from job eliminations. Finally, by narrowing the product base and instituting an inventory reduction program, the space required to support the operations was reduced, allowing for one of the three operating facilities to be sold.

Want to learn how Sutker Moran can help improve your profitability?